AmritaSREE SHGs are based upon a formula established by the Reserve Bank of India (RBI) and National Bank for Agriculture and Rural Development (NABARD). Self-Help Groups comprise 10 to 20 women or men who come together every week to deposit a small weekly amount as a common saving for the SHG. This money is then loaned to each individual when the need arises at a nominal interest rate. SHGs are usually found among the poorer sections that cannot avail bank loans due to lack of collateral. The AmritaSREE SHGs, inspired by Mata Amritanandamayi Devi, are a vast network of more than 13 thousand SHGs with a total of over 2 lakh members. The women involved have attained financial independence, emotional strength and social respect through their membership. 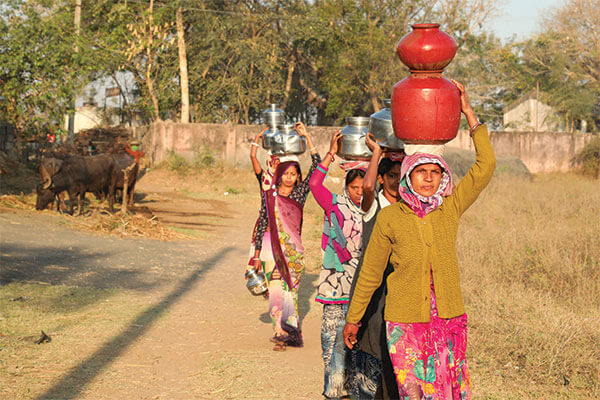 Mata Amritanandamayi Math (MAM) first identifies whether a particular community presents the need for an SHG and whether the group might require special training in a vocation. Groups are formed according to geographic proximity. Men who are family members of women within the SHG are also eligible to receive training.

The first groups were concentrated in the district of Kollam, Kerala, with special emphasis on the neighbourhood women. The SHGs started functioning with a president, secretary and treasurer. They would collect small amounts of money at each weekly meeting, held in rotation at the homes of each member. It would be deposited in a bank account taken in the name of the main office bearers. After six months, the minutes book and register of each group would be examined and graded, so the banks would be responsible for loaning four times the amount deposited in the bank for groups that passed the inspection.