Every group has a memory of its greatest challenge. “There is a girl named Sunita in the Prarthana AmritaSREE SHG,” Karuna recalls. Her husband is a loading worker, and they have two children. After much difficulty, they finally built a home for themselves. They had taken a loan from the bank to finance the house.

The interest rate, of course, was very high, and the bank doesn’t allow even a one-month lapse without raising the rate. Because of a lack of work, they weren’t able to pay for some months, so the interest rate got quite high. The money they owed became an unbearable burden. Finally, they were told their house would be confiscated unless they paid one lakh to the bank immediately. So, they came to ask for a loan. 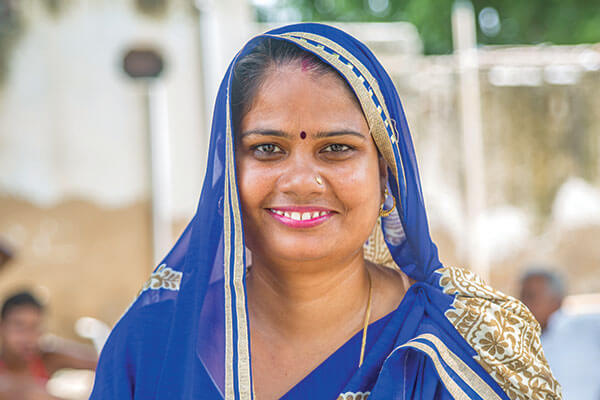 We had never given such a large amount of money and told them the most we could give was 50,000. The next day, Sunita came crying to Maya because 50,000 rupees would not help at all. Unless they paid the full lakh, the bank would definitely confiscate their home.

We held a serious discussion about this. “This is what Amma’s programme is all about,” Maya reminded us. “We were so scared, but we decided to take the risk and loan them the full lakh.”

As a result, Sunita and her husband were able to keep the house. Sunita got a job as a cook in a family-run hotel to repay the loan. We felt so happy we were able to do this.