“AmritaSREE gave me a home, lent me money for the marriage of my daughter and now, I am taking another loan for my daughter’s delivery.” — Sunithi

“Owning a home is the dream of every Kerala woman, for this means that nobody can tell her to move out. She is a homemaker. To be a homemaker, she needs a home.”
— Beenamma, AmritaSREE Nirkunnam cluster coordinator

“When Sunithi applied for the loan of two lakh (Rs 200,000), we thoroughly investigated her home situation and found that her needs were genuine”, Beena recalls. Within a short time, Sunithi and her husband had the four lakh they needed to build their home — two lakh from the panchayat and two lakh from AmritaSREE. 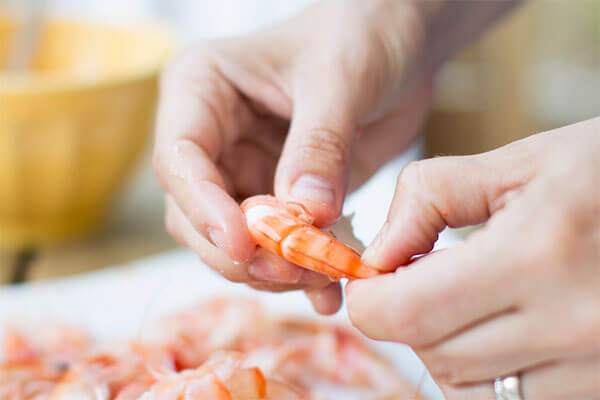 “She would have had to borrow from loan sharks at a high interest otherwise,” Beena explains. “You’re permanently indebted to them.You end up paying 10 to 12 times the amount loaned.”

Sunithi found a job peeling shrimp, and in four years had finished paying off the two lakh loan. Many years later, Sunithi took out yet another loan, this time for her daughter’s wedding. Because of this loan, she was able to give her daughter 23 sovereigns of gold. For an Indian woman, gold is considered the greatest security, for it can always be pawned. Gold is also given for a new baby. It is considered an essential collateral, and moneylenders flourish around these occasions.

“There is so much pride in the knowledge that they have saved and can take care of themselves. Nobody fails to repay their loan.”
—Beenamma, cluster coordinator.